Pollinators in the Highlands Plateau 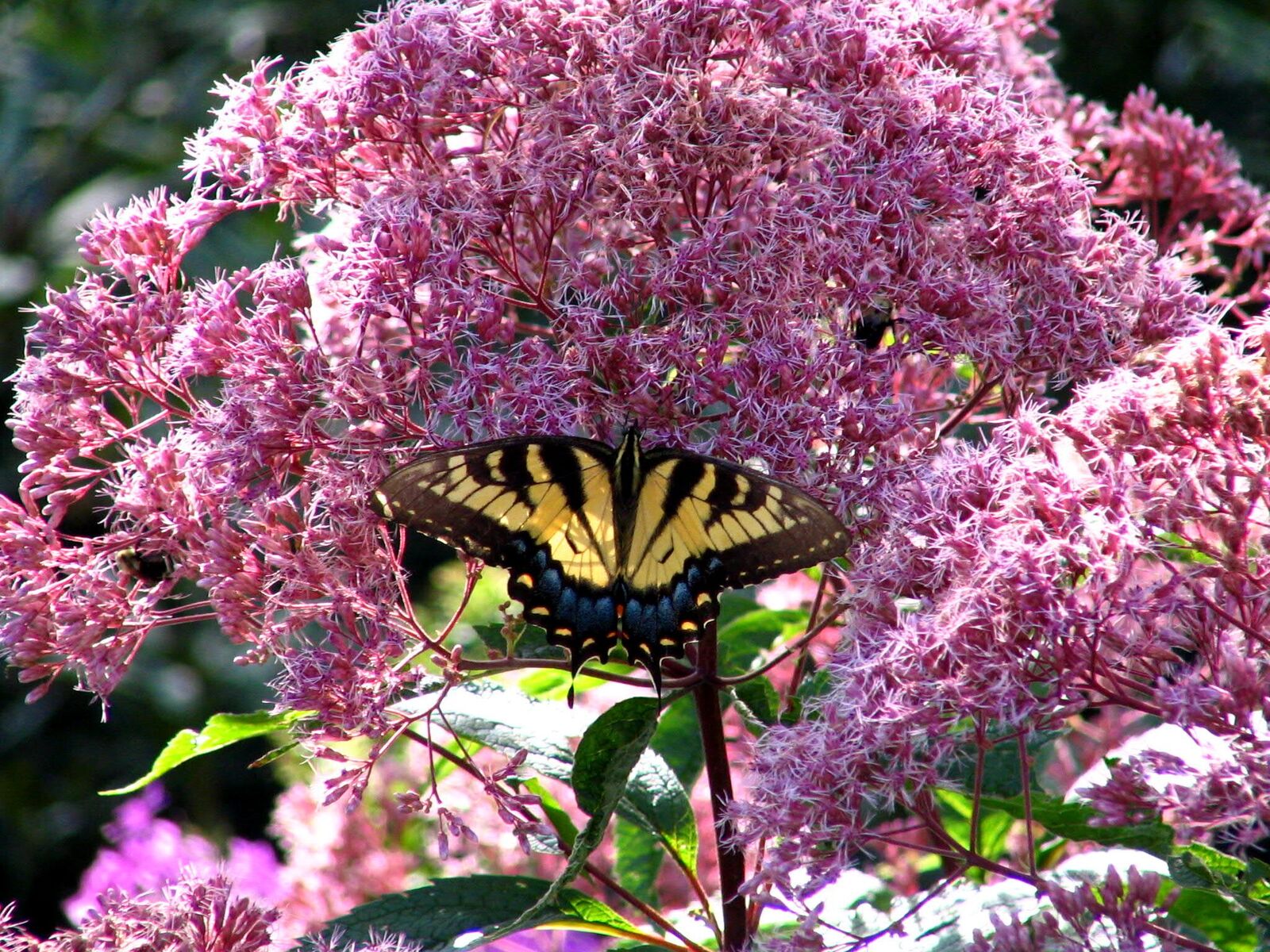 Pollinators of the Highlands Plateau

The southern Appalachian Mountains are one of the most biologically diverse regions in the temperate world. Biodiversity is extremely high in terms of both the variety of different species and the abundance of each species. Nearly 10,000 species are already known to exist here, with more discovered each year–some of which are new to science!

Some kinds of organisms, such as salamanders and fungi, reach their highest levels of diversity in the Southern Appalachians. Other diverse groups include trees, mosses, millipedes, spiders, moths, beetles, and snails. Many of these species are endemic to this region, found here and nowhere else in the world.

Temperatures in the region are cool and mild, with a mean annual low of 40° F and a high of 61° F. The Highlands Plateau has an average annual rainfall of more than 87 inches, but occasionally receives more than 100 inches, which qualifies it as a temperate rainforest.

A wide range in elevation mimics changes in latitude, only over a shorter geographic distance. This results in an overlap of southern and northern species. Deep river gorges provide comparatively stable microclimates for many species. Isolated mountain peaks may serve as habitat islands, and result in genetic diversification of species.

The Highlands Botanical Garden was established in 1962 as a refuge and demonstration garden for the diverse flora of the southern Appalachians and its unique communities. The Garden hosts nearly 500 species of mosses, ferns, wildflowers, shrubs, and trees in its natural forest, wetland, and old-growth plant communities, many of which depend on our native pollinators. Over the past 10 years, we’ve heard a lot about the shocking disappearance of honeybees, but we haven’t heard much about the other equally, if not more important native pollinators.

North America is home to approximately 4,000 species of native bees, each with different behaviors and a beauty all of their own. These bees are responsible for the pollination of some of our largest food crops, such as tomatoes or blueberries, but these are the bees we are losing. Some recent studies seem to indicate that honeybee numbers are increasing while some of our native pollinators, like the Rusty-patched Bumble Bee, are truly threatened.

Bumblebees are an incredibly important type of bee because of the way they pollinate flowers. They are the only pollinator capable of buzz pollinating, which is vital for many of our favorite fruits and vegetables.

Buzz pollinating occurs when a bumblebee latches onto the pollen producing part of the flower using her jaws and vibrates the muscles responsible for flight. These vibrations cause the pollen locked deep inside the anthers to dislodge and stick to the bee, which then gets carried to the next plant. This is essential for plants like tomatoes, peppers, and cranberries, which would not be able to reproduce if it were not for buzz pollination.

Including native plant species in your garden can help to create a refuge for native pollinators in search for food, and leaving a few small brush piles can provide shelter to these species we all love so much. By creating a landscape with a diversity of blooms and bloom times, you can help feed these species throughout the growing season. Another way you can help is to minimize your use of pesticides and keep your brush piles year round. As messy as they may look, pollinators rely on these piles for shelter during the cooler months. Below is a list of plants that grow well and look beautiful up here in Highlands while also providing food sources for our beloved bees.

These happy workers and busy bees need protection. Pesticides, overgrazing, climate change, and new diseases are putting many of these species on the endangered list, and bees have a difficult enough life cycle without these problems.

Bumblebees are one of the few pollinator species that have a symbiotic relationship with plants: they get to drink as much nectar as they please, but they also help the flower reproduce. Some species only take the nectar – bumblebees help bring about a new generation. So, not only would we lose our friends, but we could also lose some of our favorite flowers. For more information on what you can do to help, visit www.xerces.org.