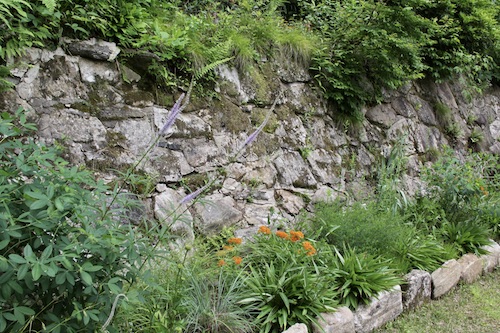 The southern Appalachian Mountains are one of the most biologically diverse regions in the temperate world. Biodiversity is extremely high in terms of both the variety of different species and the abundance of each species. Nearly 10,000 species are known to exist here, with more discovered each year–some of which are new to science! Some kinds of organisms, such as salamanders and fungi, reach their highest levels of diversity in the Southern Appalachians. Other diverse groups include trees, mosses, millipedes, spiders, moths, beetles, and snails. Many of these species are endemic to this region, found here and nowhere else in the world. Northern relic species (such as the pygmy shrew, red squirrel, and saw-whet owl, skunk cabbage, and ground juniper) can persist well south of their main range along the cool, moist, high elevation forests of the Southern Appalachians.

Why do we have so much biodiversity?

Glaciers: During the Pleistocene Epoch (about 11,000 years ago), much of North America was covered by ice. Northern species that were forced southward by advancing glaciers found refuge in the Southern Appalachians. When the glaciers finally retreated, many of these species remained.

Topography: A wide range in elevation mimics changes in latitude, only over a shorter geographic distance. This results in an overlap of southern and northern species. Deep river gorges provide comparatively stable microclimates for many species. Isolated mountain peaks may serve as habitat islands, and result in genetic diversification of species.

Climate: Temperatures in the region are cool and mild, with a mean annual low of 40° F and a high of 61° F. The Highlands Plateau has an average annual rainfall of more than 87 inches, but occasionally receives more than 100 inches, which qualifies it as a temperate rainforest.

Biodiversity in the Southern Appalachians 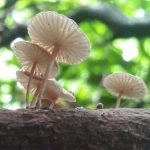 Scientists have described nearly 2,300 species of fungi, though there may be as many as 20,000 species. Mushrooms, molds, and sac fungi thrive in the wet mountain environments. 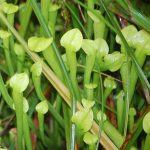 There are more than 100 native trees, 1,400 other flowering plants, and 500 moss and fern species. Nearly 60 kinds of trees and shrubs may grow in diverse cove hardwood forests. Spruce-fir forests occur at elevations above 5000 feet, northern hardwood and pine-oak forests at lower elevations, and hemlock forests near moist, streamside habitats. Visit our Botanical Garden page for more information. 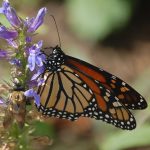 Although they’re often overlooked, we’re also a hotspot for invertebrate biodiversity. So far scientists have discovered over 460 arachnid species (though there could be over 800!), 230 species of millipedes, and over 100 mollusk species (primarily land snails).

Salamander Capital of the World

More species of salamanders exist in the southern Appalachian Mountains than anywhere else in the world, and nowhere are they more abundant. The Great Smoky Mountains National Park alone has 30 species, and many more occur in other parts of western North Carolina. Several classic studies of salamanders have been conducted here at the Highlands Biological Station. Read below to find out what makes this area so salamander-friendly.

Physiology: Most Southern Appalachian salamanders lack lungs and respire through their skin. Consequently, individuals must keep moist to avoid desiccation. The region’s cool, wet climate provides an ideal environment for the survival of these amphibians.

Habitats: Salamanders need cool, wet environments in which to live and reproduce. The southern Appalachian Mountains are frequently blanketed in fog. Forests have numerous seeps and streams. Moist forest floor leaf litter and rotten logs provide ideal microclimates for many salamander species and their invertebrate prey. 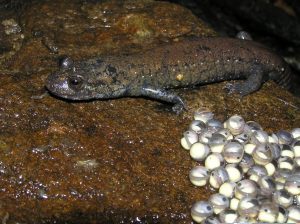