The Grant-in-Aid program began in the 1960’s with NSF support and helps support graduate students and faculty seeking to be part of the research community at HBS.  Since then, the non-profit Highlands Biological Foundation, Inc. has provided funding for the program, some of which comes from endowed scholarships.

Hundreds of researchers from across the country and around the world have been supported by HBS Grants-in-Aid over the years.  Vetted by our Board of Scientific Advisors each March, these grants cover residency costs at HBS anywhere from one to 14 weeks, fostering a vibrant research community each summer.

The HBS Grant-in-Aid program has been a great success, yielding hundreds of graduate theses and thousands of scientific papers and other scholarly works over the years.

Click here if you would like to help support the next generation of field biologists through the HBS Grant-in-Aid Program! 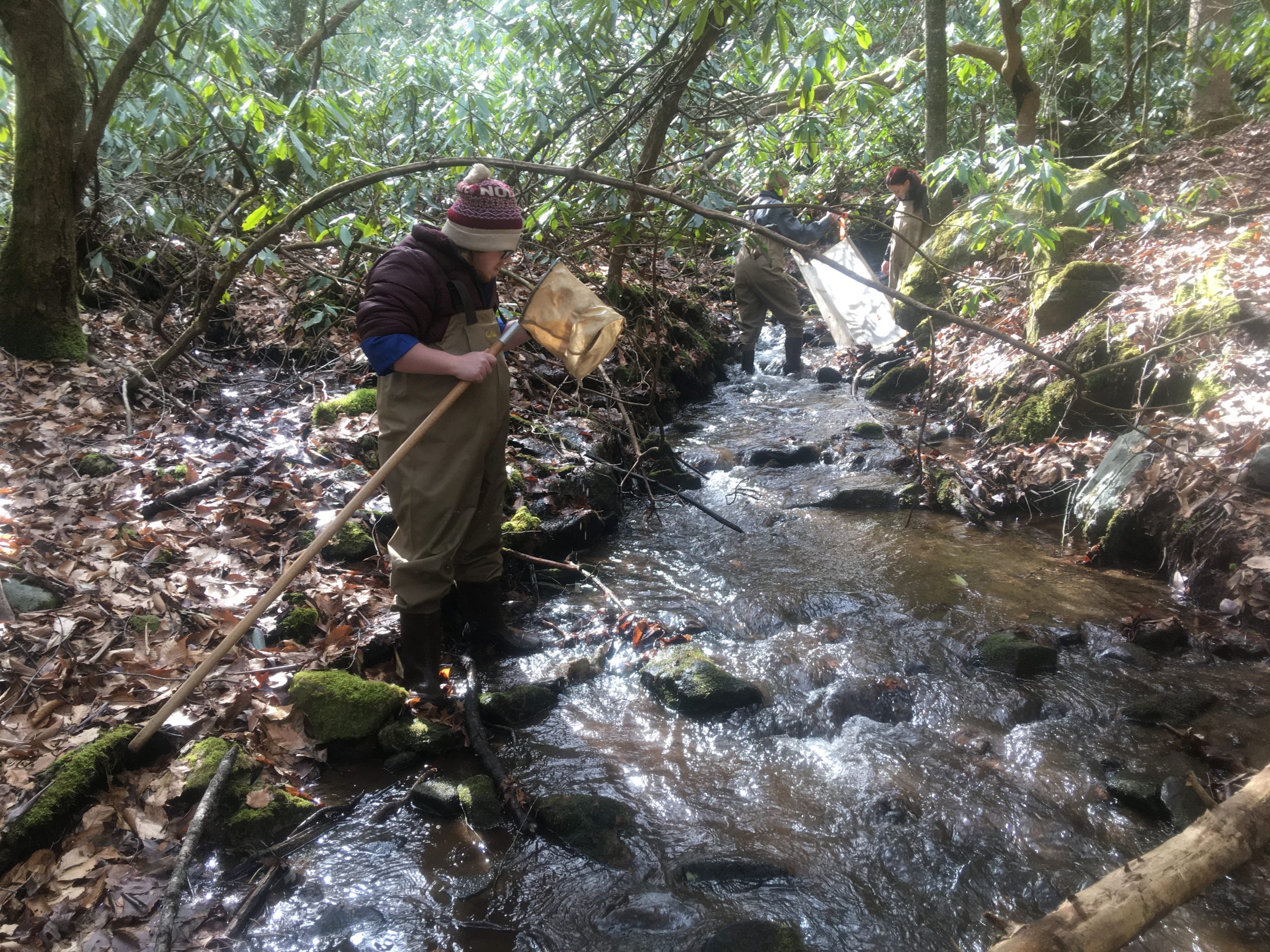 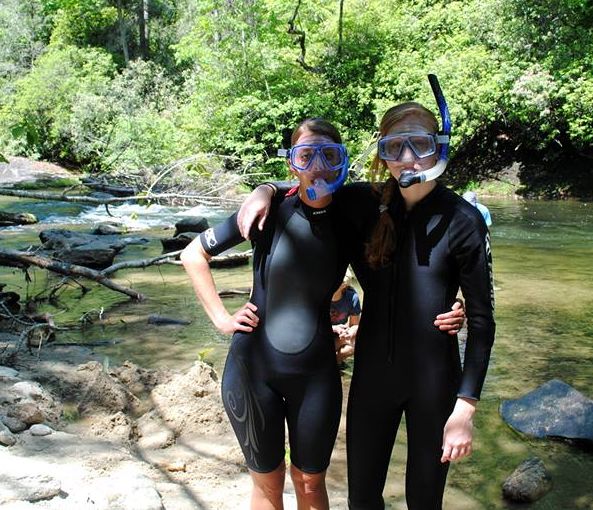 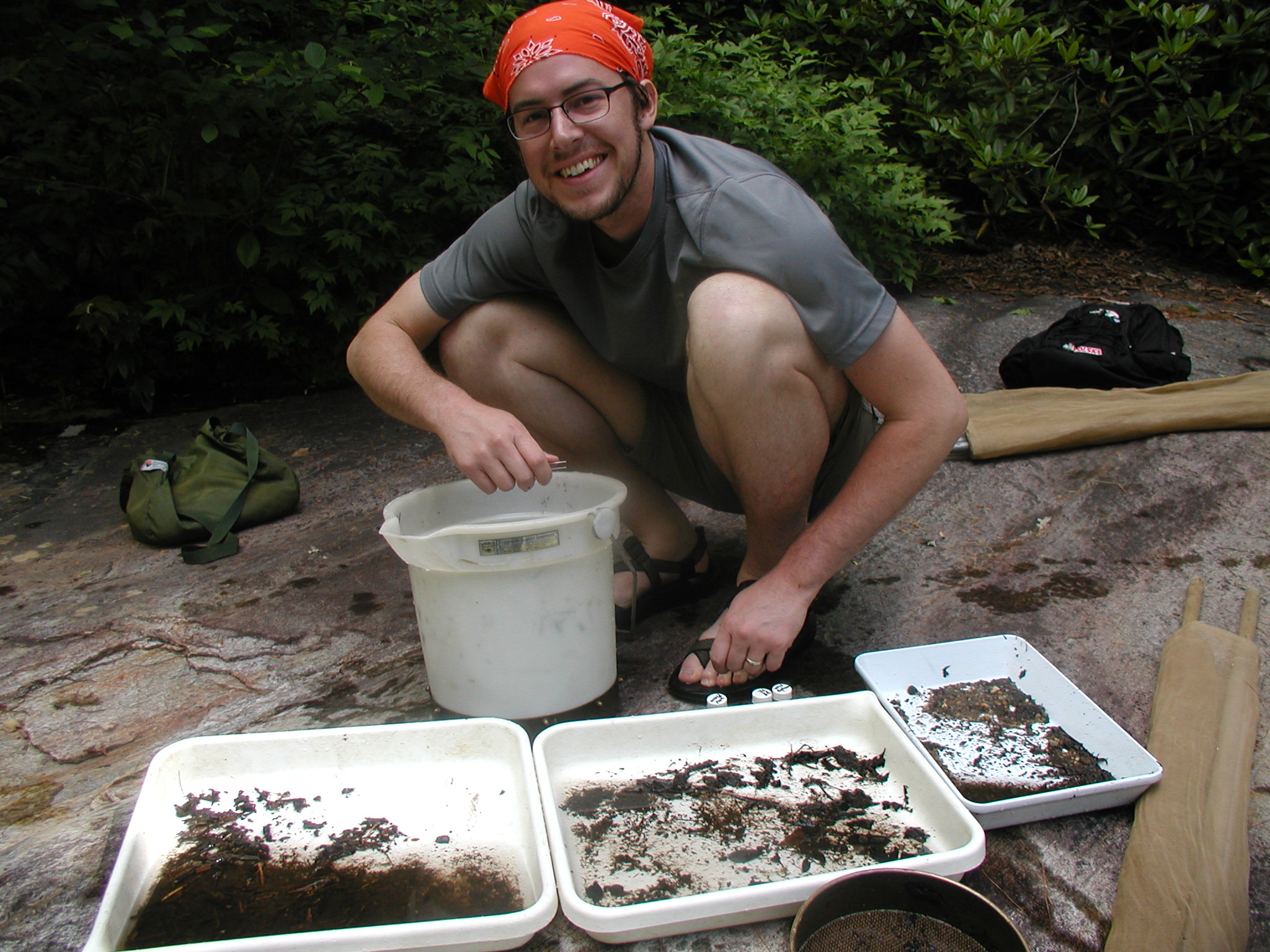 Spend Your Field Season with Us

HBS GIA applicants request support for one to 14 weeks in residence at HBS.  Proposed weeks in residency need not be continuous, but residency is a strict requirement of the program since in participating on site researchers directly and indirectly contribute to the broader Station academic community and in turn benefit from interactions and networking opportunities.

Awards are based on the period of residence at HBS according to the following schedule:

To apply, refer to the Application for Grants-in Aid cover sheet. The cover sheet and all required signatures and the body of the proposal must be submitted as a single PDF document by 5:00 p.m. EST on 1 March each year. Applications should be emailed to the attention of both associate director Jason Love (jlove@wcu.edu) and executive director Jim Costa (costa@wcu.edu).  Applications are reviewed by the HBS Board of Scientific Advisors, and applicants are notified of funding decisions in early April, following final approval by the HBS Board of Directors.  These Boards may elect to award meritorious proposals through one of the Station’s endowed scholarships (see below).

Grants-in-Aid are typically disbursed over two or three installments by check, the first given upon arrival and the final check after submission and approval of a Final Report (see below).  Grant-in-Aid awardees are provided bench or office space and equipment use free of charge for the duration of their research award period. While free housing is not provided, on-site housing is available at very reasonable rates; please visit https://highlandsbiological.org/about/housing/. 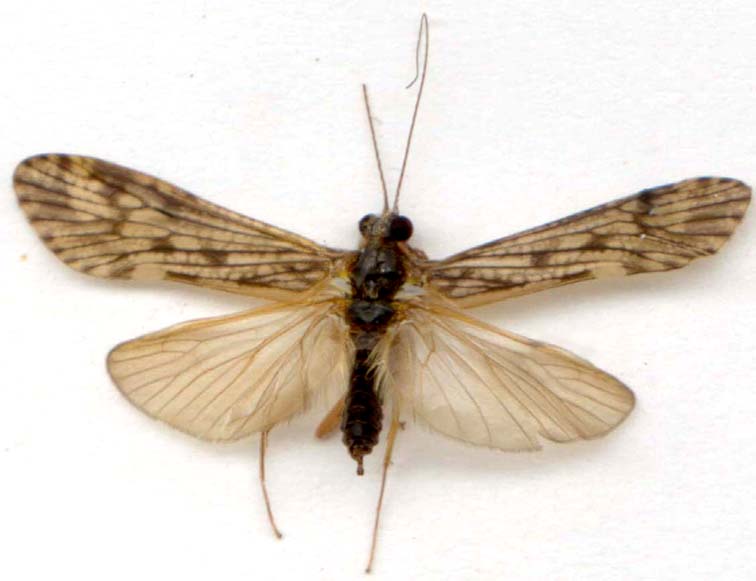 Permits. Like all researchers, Grant-in-Aid awardees are expected to secure the appropriate Federal or State permits if they seek to conduct research in the nearby National Forests or National Parks.  A permit from the North Carolina Wildlife Resources Commission may be required as well.  Researchers, including Grant-in-Aid awardees, are expected to provide copies of all required permits to HBS prior to commencing their research at HBS.

IACUC. In accordance with Federal law, Grant-in-Aid awardees and other researchers planning on conducting any work involving vertebrates at HBS must have an IACUC application approved by the HBS Animal Use & Care Committee prior to undertaking their research.  We recognize that researchers working with vertebrates go through the IACUC process at their home institution.  However, HBS cannot accept other institutions’ approved ACUC applications, but has a responsibility to require an IACUC application specific to proposed research based at or supported by HBS.  IACUC applications should be submitted at least 2 months prior to the anticipated start of research to allow for committee review.  Click here for Downloadable IACUC Application.

Acknowledgement & Research Products. HBS Grant-in-Aid awardees are asked to kindly acknowledge their HBS research support explicitly in the “acknowledgements” or financial support section of all publications stemming from their work at the Station, including theses/dissertations and scientific papers. Awardees are further requested to please promptly send to HBS PDFs of all such publications, and consider sending a print copy of your thesis or dissertation to be added to the E. E. Reinke Library.  More than standard academic etiquette, such acknowledgement is vitally important for institutions like HBS, helping us both gauge the impact of our GIA program and document scientific productivity stemming from HBS support for university reporting, grant proposals, and more.

The HBS Board of Scientific Advisors may elect to fund highly meritorious GIA proposals in the name of one of the Station’s endowed awards.  These do not provide additional stipends at present, but represent a mark of distinction for selected proposals.

Thelma Howell Memorial Scholarship – “Doc”  Howell served with distinction as Executive Director of the Station from 1946 to 1972. Upon her death in 1979, the Highlands Biological Foundation, Inc., established a scholarship fund in her memory in support of investigators at HBS.

William Chambers Coker Fellowship in Botanical Research – Dr. W. C. Coker, Professor of Botany at the University of North Carolina, served as the second Director of the Highlands Biological Station from 1936 to 1944.  His wife, Louise V. Coker, through a bequest of her will in 1983, established the William Chambers Coker Fellowship in Botanical Research to be awarded annually for an outstanding proposal entailing research with plants or fungi.

Ralph M. Sargent Memorial Scholarship – Dr. Ralph Sargent, Professor of English at Haverford College, was a naturalist, botanist, and conservationist who had a long association with the Station.  Upon his death in 1985, a scholarship was established by Dr. Sargent’s family and friends to support students conducting research at the Station.

Lindsay S. Olive Memorial Scholarship – Dr. Lindsay Olive of the University of North Carolina at Chapel Hill was a distinguished botanist and mycologist.  A scholarship was established in his memory in 1993 by Ruth Gershon and Sanford Cohn of Atlanta and has been supported through generous gifts from Ms. Gershon, Mr. Cohn, and Anna Jean Olive.  The scholarship is awarded annually to a student whose research reflects the botanical and mycological interests of Dr. Olive.

Charles W. Ash Memorial Scholarship – Dr. Charles Ash was a statistician who had a strong interest in the natural world.  Following his death in 1993, a scholarship was established in his memory through the efforts of his family and friends.  The scholarship is awarded annually for proposed research demonstrating exceptional experimental design or statistical sophistication.

Bruce Family Scholarship in Herpetology – Dr. Richard C. Bruce served as Executive Director of the Station from 1972 to 1999, assisted by his wife Elizabeth.  In 1997 they established a scholarship to support the research of graduate students, as well as postdoctoral investigators in the early stages of their careers, in the area of southern Appalachian herpetology.

Martina Wadewitz Haggard Memorial Scholarship – This scholarship was established in 2005 in memory of Martina Wadewitz Haggard of Asheville NC, who assisted Doc Howell at the Station in the early 1960s, was instrumental in establishing the Botanical Garden, and long served on the Board of Trustees and Executive Committee of the Foundation.  It was established through generous contributions by Hugh A. A. Sargent, Lydia Sargent Macauley, and William Haggard. 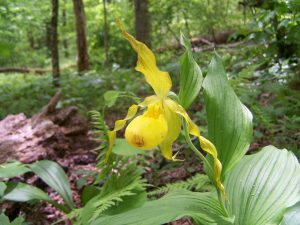 Fostering understanding and respect for the value of science in our society has perhaps never been more vital. In that spirit, the HBF Science & Society Fellowship affords an opportunity for researchers to think creatively about engaging with the general public about their work, helping non-scientists understand their research and its significance. Every researcher and researcher-in-training needs to think about the broader impacts of their work, and should be able to clearly and engagingly communicate their research to a general audience. This Fellowship is intended to give HBS researchers an opportunity to do just that, thanks to the fortuitous circumstance, perhaps unusual for a biological field station, of the Station being sited within a town. The Highlands community and its large numbers of summer tourists provide the perfect audience for HBF Science & Society Fellows.

The public engagement requirement of this Fellowship can take various forms – for example developing a special exhibit for the Highlands Nature Center at HBS; public presentation(s), workshops, and/or demonstrations; developing a podcast; working with the local newspaper, WCU public communications office, and/or Station personnel on articles. The proposed engagement activities should be creative and have a lasting impact.

All GIA applicants (graduate students, postdocs, and faculty) proposing a minimum residency of 4 weeks for their summer research are invited to simultaneously apply for an HBF Science & Society Fellowship. Successful applicants will receive GIA support at the level of $450/week. To be considered, applicants need to complete the standard HBS Grant-in-Aid proposal and write a separate letter detailing: 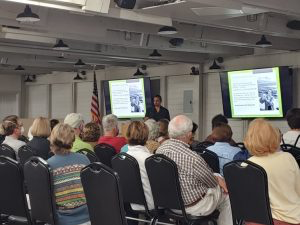 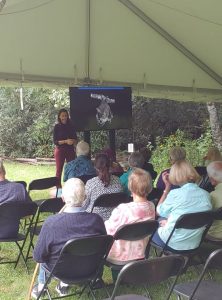 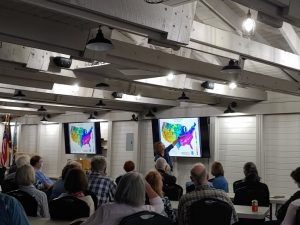